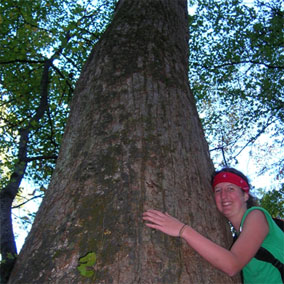 Kim is a PhD Student in the Department of Zoology at UBC.  Kim joined the AdapTree project in September 2011,  with interests in examining population structure, gene flow, and migration load in the lodgepole pine.  With the information gained from the AdapTree project, we will be able to examine how natural populations are reacting to climate change, especially in areas where we see large expansions or reductions in population size as the species’ range shifts.  Her previous research examined genetic structure and diversity during species invasion.